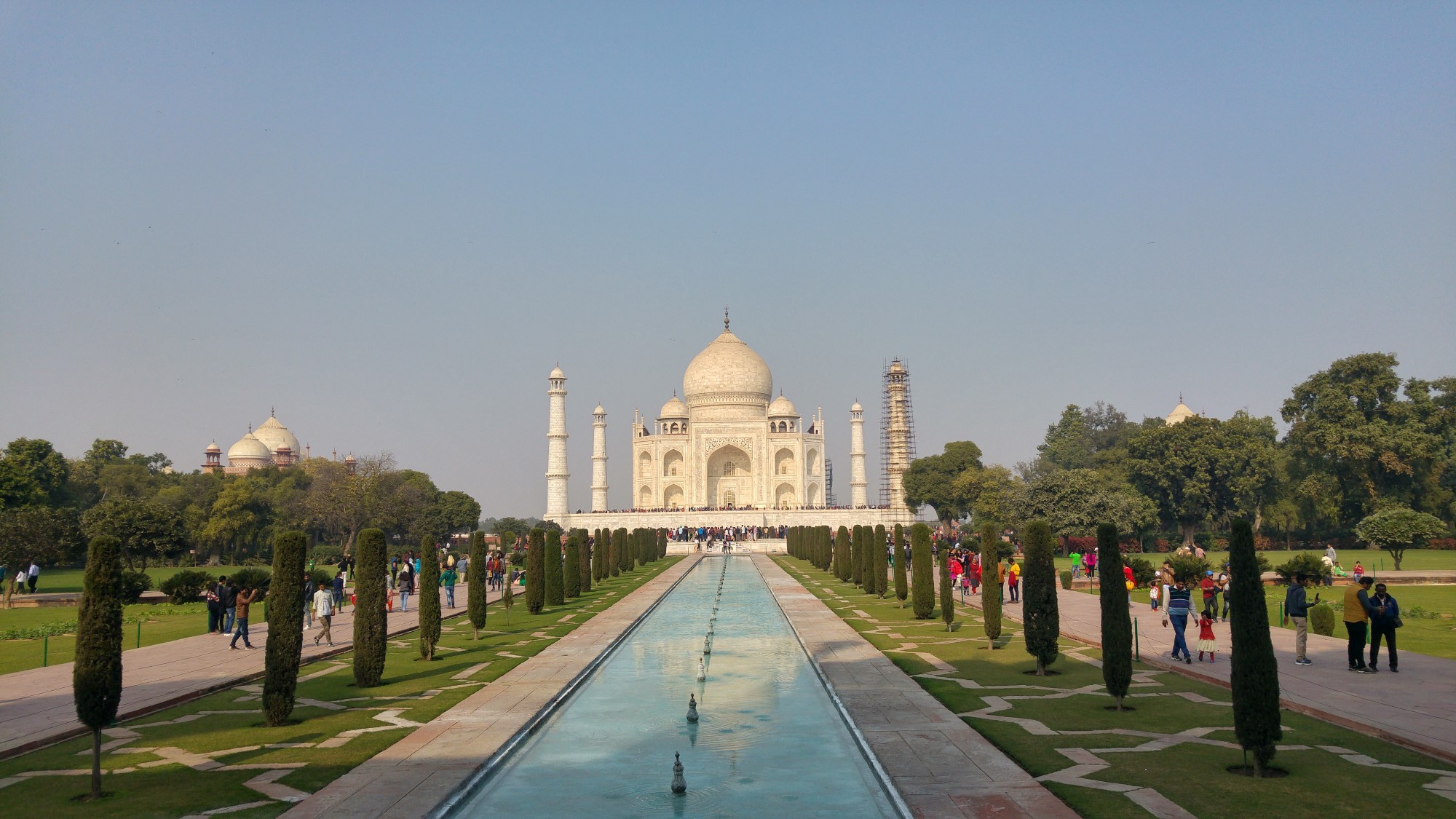 Today was the day.

I am very thankful and counting my blessings that I have got to see a few of the 7 wonders in my lifetime.

Initially it was planned to visit The Taj (that’s right, I call it The Taj now like it’s such a familiar friend to me) tomorrow morning at sunrise, where there will be presumably minimal amount of people around. However it had been foggy in the morning so the driver and the guide convinced us to check out The Taj today instead.

It was a good decision, I feel. Though more crowded, the sky cleared up in the afternoon with beautiful blue skies that made pretty pictures.

Taj Mahal was just exquisite. The amount of details is mind-boggling. All the precious stones inlaid in white marble — crazy. I also remember how the marble was very cool to the touch. And how the guide used his tiny flashlight to show how the “firestone” glowed red.

And also to my defense, even the Duke and Duchess of Cambridge had scaffolding around the minarets during their visit. Not even the royals can escape the scaffolding!

Afterwards we visited Red Fort that reminded me of Edinburgh Castle. It was huge, and we only visited the parts open to visitors. This particular part comprises of only 15% of the whole complex.

We also visited Baby Taj and a garden just opposite The Taj with a nice view over it. It was said that Shah Jahan, the emperor who built Taj Mahal, wanted to build another Taj (some say a black Taj) to match the white Taj Mahal. I couldn’t help to think about its excessive grandiose, though at the same time I also thought it would have looked awesome had it been realized.

I really wish I could write more about The Taj but words really fail me currently. For now I just hope the memory will stay in my head forever. Photos should help.