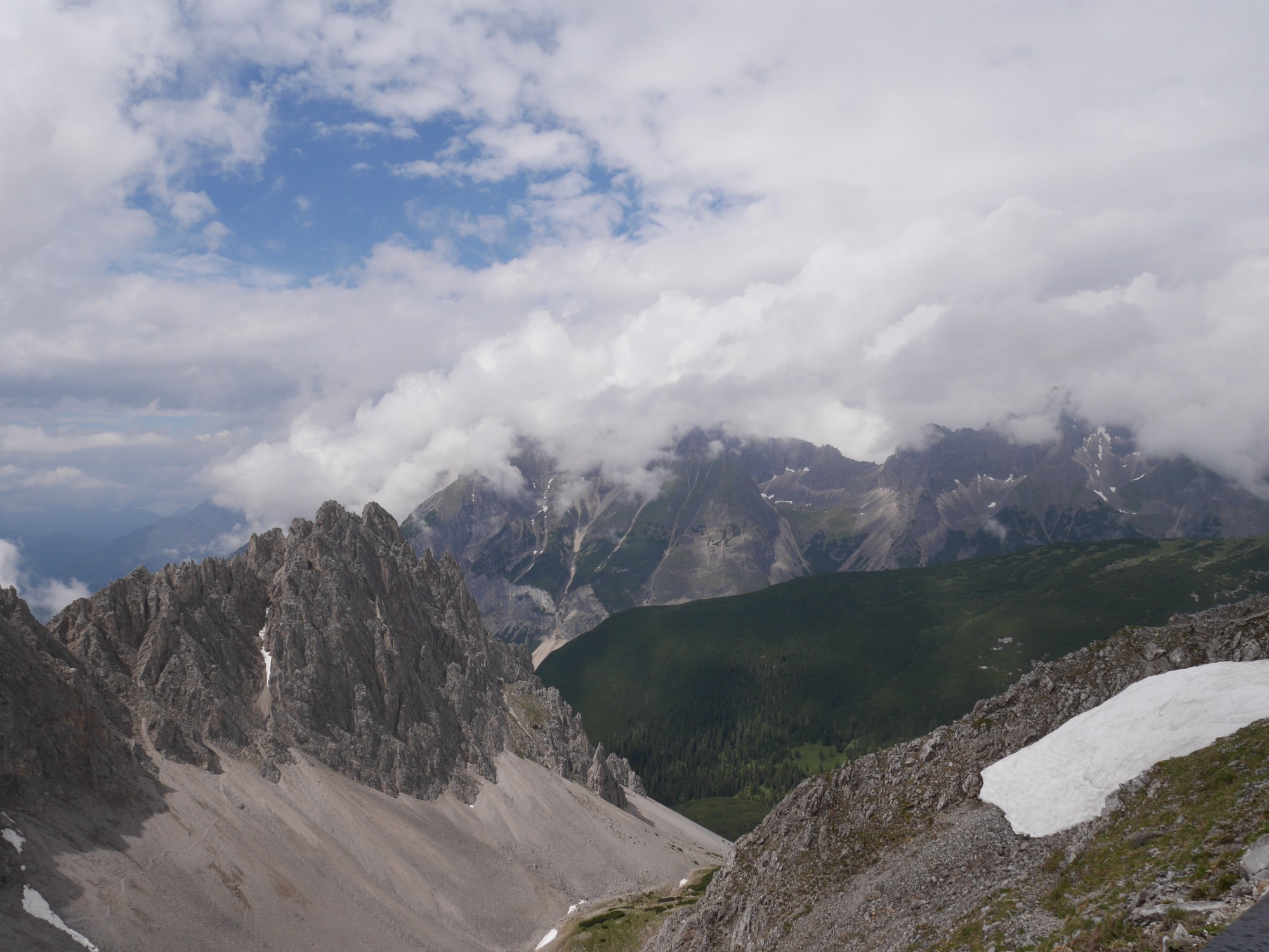 When I travel, I try to do something that is hard or impossible to do back home in Jakarta or Singapore.

That was no different in Innsbruck. As it is known for being the “Capital of the Alps”, I set out to experience the mountains. From my research I found out about the Nordkette range. It is included in Innsbruck Card and there are cable cars going to several stations within the mountains range. (If you know me personally you probably know dang well that there is no way I’m hiking up a mountain when there is an alternative)

After taking a stroll through the old town and having some decidedly Bavarian lunch, I walked to the first station for my ascent to Nordkette.

The funicular station is located at Congress and it was designed by the famed Zaha Hadid. It is marvelously futuristic with a “spaceship” design, but truthfully all it did was reminding me of the MRT station next to my office, and I hated it for reminding me of work. I am sorry Zaha Hadid, you truly are still wonderful though.

See what I mean..

The funicular stopped at Hungerburg, and the ascent only took 8 minutes. What a difference 8 minutes made, though.

I was greeted by this view over the river Inn.

When I first saw it, all I thought was that the scene looked too much like a painting to be true. It was probably the way the clouds lightly covered the mountains and kept still on the creamy blue sky.

That was not it, though. The funicular ride was just the beginning. Onwards I went for the main reason: Nordkette!

God bless whoever it was that invented cable cars. In just a few minutes, I got to the second highest station of the lot — Seegrube at 6250 ft.

I honestly felt so small. Even the huge support poles of the cable cars looked so small compared to the mountain ranges.

Though overwhelmed by how small I felt, Seegrube was still not the highest station. There was still Hafelekar at 7401 ft.

At first I hesitated to go that high. Save for a plane ride, I didn’t think I had been that high before. However my boyfriend convinced me with a very good reasoning: when will you climb a mountain that high without actually having to do the hiking?

And so in another few minutes I managed to get even higher. So high, there was snow!

The other side of Hafelekar station gave another (higher) view of the city over the river Inn.

And I thought, “This is it,”. That was something I could not experience in Jakarta nor Singapore. To get that high and to feel that small in nature. Sometimes when you look for something different, it can end up to be a lot more (and higher) than you imagined.

What do you like to do when you travel? Feel free to respond.

With many thanks to MissRuslee